Saeb Erekat was a fundamentally good person in a place full of hopelessness.

His death after contracting coronavirus is a personal family tragedy, of course, but the loss is much broader: the Palestinian cause has also lost one of its most energetic and dedicated public servants.

Of all the protagonists of the "two-state solution", the prominent peace negotiator was the most vocal and the most respected.

For decades he has been familiar to Middle East watchers.

In moments of violent inflection across the Holy Land, he would appear on the TV screens in interviews calling for dialogue and compromise.

Behind the scenes, though, he was the key Palestinian diplomat. Educated in California and in the UK, he became the chief negotiator and a central architect of the Oslo Peace accords.

Over that time, he made personal bonds with Israeli diplomats on the other side. 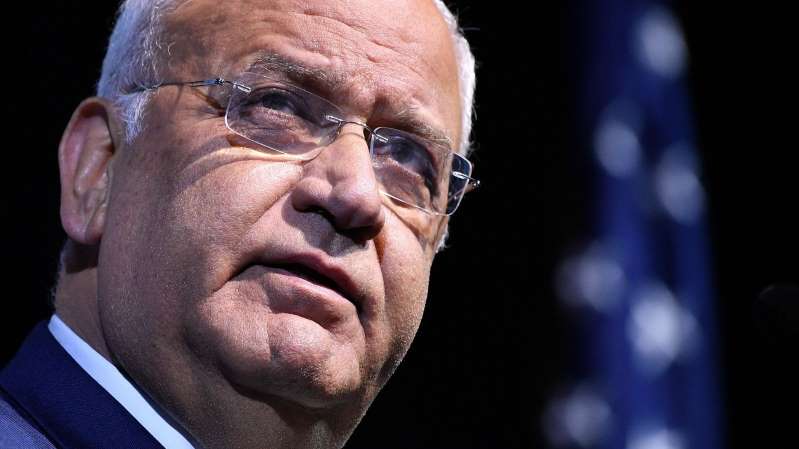 Moderate Israelis respected him and will miss his diplomatic presence.

Whenever we met, he would talk with passion about his home in Jericho and his large family. His children and grandchildren seemed to be at the heart of what motivated him: fairness, equality and peace for them.

I wonder if he was well enough in these last few days to learn that Donald Trump had lost the US election?

That would have provided him with some hope. He felt that under Mr Trump, hardline Israelis were emboldened and much damage was done in the region.

He worried that as his moderate Palestinian voice was silenced, a harder line vision would emerge.

I last spoke to him two months ago.

"Look, I was 12 years old when the occupation came to my hometown Jericho," he told me.

"I am speaking to you from the house I was born in in 1955... I am standing up with an empty chest facing Israel. I am standing tall with international law; the rule of law."

For a life and an admirable role in a region full of potential jeopardy, coronavirus seems such a cruel pointless twist.

We have 31 guests and one member online