A 12-year-old boy in Aurora, Colorado has died after taking part in the "blackout challenge" on TikTok that calls for people to choke themselves until they become unconscious.

Joshua Haileyesus was admitted to hospital on 22 March and spent 19 days on life support. His twin brother found him passed out on the bathroom floor. According to his family, he dreamt of joining the army and becoming a first responder, The Denver Post reported.

The paper added that the Aurora Police Department’s Crimes Against Children Unit is investigating what happened.

A GoFundMe page started for medical and funeral expenses has raised over $181,000. 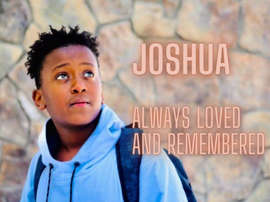 Fundraising organisers wrote on the page that the “blackout challenge” has “been around for years and is sometimes known as the 'Passout Challenge', 'The Game of Choking', 'Speed Dreaming' or 'The Fainting Game', but it's currently gaining traction on TikTok”.

They added that Joshua was found “breathless on the bathroom floor by his twin brother who tried to resuscitate him until neighbours and the ambulance arrived. Unbeknownst to his parents, Joshua had been playing this dangerous game completely unaware of the risks involved”.

On the page, he was described as “incredibly intelligent, funny, caring, and gifted”, with organisers writing that he “would learn and master new hobbies out of pure curiosity and drive”.

Joshua's father Haileyesus Zeryihun told CBS4 Denver in late March that his son had used a shoelace to try to choke himself.

About visiting the hospital, he said: “I was on the floor, I was crying. It was just heartbreaking to see him, laying on the bed.”

He added: “I would never imagine my son would do such a thing. I’m paying the price right now, I’m living the life, and I hate for other parents to go through this.”

Organisers wrote on the GoFundMe page that Joshua had “excitement and passion for growing and learning”, adding that he enjoyed playing soccer, cooking, photography, playing the guitar, “experimenting with 3D modelling software” and “learning the ins-and-outs of acting including screenwriting and costume design”.

The Independent has reached out to TikTok for comment.

We have 43 guests and one member online