A woman, known only as Janine S to protect her anonymity, has disclosed a remarkable brush with the afterlife experienced when just three-years-old. Recounting her apparent incident to the Near-Death Experience Foundation (NDERF) site, she remains convinced the near-tragedy resulted in a meeting with a higher power.

She said: "I was three years on a warm, summer evening. My pink bounce ball had rolled off the pier and into the water.

"I walked off the pier after my ball. No one was around watching me.

"I remember standing on the floor of the ocean with the water above my head. I wasn't afraid.

"Then, I was standing above the water watching myself lying on the beach and seeing my parents and other members of my family kneeling over me. They were upset as they were trying to save my life.

The accidental drowning led to her being pronounced "clinically dead", with her young heart ceasing to function.

And it was at this point Janine thinks she "left my body and existed outside it."

She said: "As I was watching, I realised there was someone beside me. This figure was much taller than me and taller than the average person.

"The figure felt older and more intelligent than me. I never turned to look at the figure. This figure felt like a guide more than like a family member. 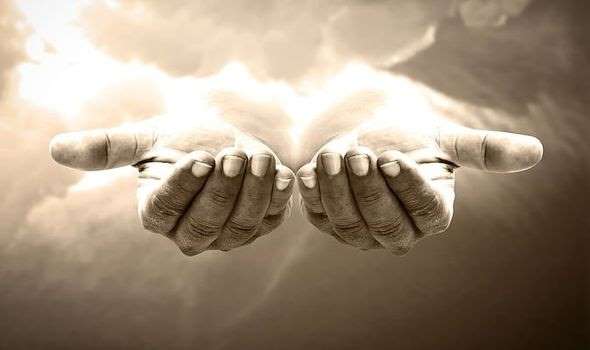 "It was like we both belonged where we were and we both felt the same way about my family.

"I felt like I was a higher intelligence who knew more than a 3-year-old would know.

"I felt like this was the real me and I was where I really came from."

The then three-year-old child proceeded to recount a strange sense of disassociation with the dramatic scenes of those attempting to resuscitate her.

Janine S said: "I know I didn't want to go back into my body. I felt nothing for those people on the beach. I knew they loved me and were scared.

"I felt I didn't belong with them and that their existence was confusing, complicated, and much less than my true existence. They didn't have the knowledge that I had.

"I knew where I was standing was real as it felt like home. Both, myself and the figure next to me, had a greater awareness and consciousness than my family by my earthly body.

"I was completely in the moment. I felt as if I had an understanding of everything. I wasn't afraid but I knew I didn't want to go back to my body.

"I didn't look at my parents like they were my mom and dad. I looked at them like I didn't belong with them because I was not one of them."

Then at this moment, the woman, recalling the event 51 years later, revealed the electrifying sensation of being brought back to life.

He said: "There was a moment when I realised I was going to go back and I felt that the figure was there to give me the understanding that I needed to go back.

"Then, I heard a very loud clap, like a crack of thunder. I was back in my body and surrounded by my family.

"I didn't think about what had happened until much later. But I never forgot that experience.

"I remember it so clearly, even today. I can still hear the clap and remember how it felt being with the figure beside me.

"Sometimes I wonder why I didn't see a bright light, feel warm, or have joyful feelings."

However, medical experts such as New York University's Langone School of Medicine's Dr Sam Parniaof, suggest a more rational explanation for apparent sensations of the afterlife.

She said: "When we die, that experience is not unpleasant for the vast majority of people.

"For those of us who die naturally, even if we were in pain before we die, the process of death becomes very comfortable, it is very blissful, peaceful."

And she added, thanks to modern technology and science "death does not have to be limited to philosophy and religion, but it can be explored through science."

We have 18 guests and 3 members online