Of all the creative energies and commercial synergies that swirled around Hollywood at the end of the 1960s, surely the strangest was the one between the Monkees, actor Jack Nicholson and the producer-director who was to become a presiding genius of the American new wave: Bob Rafelson. Yet if Rafelson had not co-created pop music’s great boyband in his capacity as a TV producer, his company would not have been as madly successful as it was: he would not have been able to produce Dennis Hopper’s countercultural classic Easy Rider in 1969 (co-starring Nicholson) and Peter Bogdanovich’s cinephile gem The Last Picture Show in 1971. And it all allowed Rafelson to become a key director of the time, with an enduring partnership with Nicholson that gave birth to some of the greatest films of the era.

The Monkees had given Rafelson crucial professional access to the world of popular music which plugged him into the zeitgeist – or, to be exact, an expertise in fabricating the zeitgeist. The band he helped invent may not have been as cool as the Beatles or the Rolling Stones, but they starred in the film he directed and co-wrote with Nicholson: the ineffably freaky and directionless all-star zanefest Head in 1968 which did nothing but annoy the critics and the Monkees’ more conservative fanbase. It’s been doggedly claiming cult status ever since.

Out of all this emerged Rafelson’s glorious 1970 masterpiece, Five Easy Pieces, co-written with Carole Eastman: an intricate tragicomedy, subtle, complex and ruminative in ways that set it apart from a very great deal of Hollywood cinema, either before or after the new wave, and with something of Chekhov or Dickens. Nicholson plays an oil-rigger: rough-mannered, angry and insubordinate (his peppery and difficult attitude while ordering food at a diner has become a much-spoofed-and-imitated Nicholson classic). When he learns that his father is dying, the angry young man travels back to the family home and we discover that he was once a brilliant classical pianist who in an act of psychic self-harm has abandoned his vocation. To see the subtlety and vulnerability of the performance which Rafelson got out of Nicholson is a wonder now: this is the Nicholson that existed before the crazy-man act that became an integral part of his brand.

Every bit as brilliant, but still unaccountably undervalued, was Rafelson’s superb drama The King of Marvin Gardens from 1972, in which Nicholson is even more atypical with a wonderfully melancholy and introspective performance as David, an NPR-style talkshow host in Philadelphia, given to long, literary monologues at the microphone. Bruce Dern plays his long-estranged brother, a shady character who wants David to help him out with some dodgy business manoeuvres in Atlantic City (home of “Marvin Gardens”, a familiar address from the original American Monopoly boards). It is masterly work from Rafelson: firecracker dialogue, a tremendous brotherly chemistry between Nicholson and Dern and a haunting ambience in that wintry seaside town. 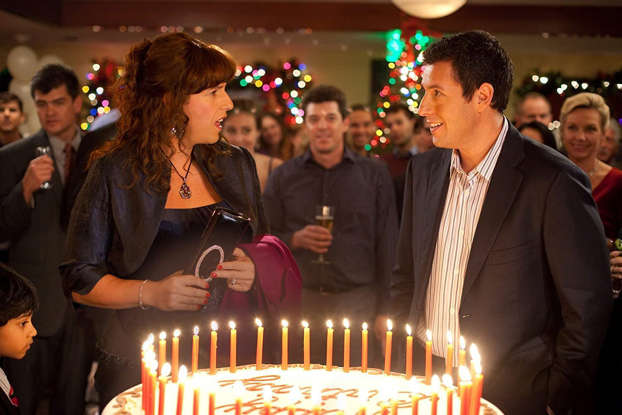 The absolute worst movies of the 2010s

Stay Hungry (1976) was an eccentric rough diamond of a movie, co-written with sportswriter and bodybuilding enthusiast Charles Gaines, starring Jeff Bridges as a guy who buys an advantageously located gym to close a property deal, falls in love with the receptionist (Sally Field) and finds himself weirdly drawn to the bodybuilding world of a certain humungous Austrian guy working out there: an early role for Arnold Schwarzenegger.

But Rafelson brought the steam heat, the thrills and the overt eroticism with his noir drama, The Postman Always Rings Twice, based on the 1934 novel by James M Cain with Jack Nicholson as the Depression era drifter who shows up at a west coast diner and falls for the beautiful woman running the place (Jessica Lange) who is planning to murder her husband. Some preferred the earlier, more obliquely sexy version from 1946 directed by Tay Garnett with John Garfield and Lana Turner, but the David Mamet dialogue packed a punch and Rafelson channelled the testosterone-surge of Nicholson’s performance with a sure hand. A more interesting noir – and certainly a subtler one – was the 1987 drama Black Widow with Debra Winger as the Department of Justice official obsessed with taking down sultry serial husband-killer Theresa Russell. The movie has a rare screen performance from Nicol Williamson as the man next in the frame. It’s a very sleek and stylish piece of work. Provided by The GuardianRespect … Rafelson on the set of Mountains of the Moon. Photograph: Everett Collection Inc/Alamy

After this, his Mountains of the Moon in 1990 was a sweeping and high-minded movie about the Victorian explorers Richard Burton and John Speke, played by Patrick Bergin and Iain Glen, that was respectfully received. Nicholson turned in a menacing yet roguish performance in the oddly dark romantic comedy Man Trouble from 1992, in which he provides guard dogs and falls in love with a woman who needs one of his canines. Rafelson’s swansong with Nicholson was the tough, forthright and well-made noir thriller Blood and Wine, in which he teamed up with Michael Caine and British producer Jeremy Thomas. Nicholson is the alcoholic wine merchant who plans to rip off a client. It’s a good movie, whose main value perhaps lies in the restatement of Rafelson and Nicholson’s enduringly potent and valuable relationship.

Perhaps Rafelson never quite recaptured the pure inspiration of his early work – but what amazing work it was. Five Easy Pieces and The King of Marvin Gardens are authentic American classics.

We have 87 guests and one member online