The death of rock legend Eddie Van Halen has "shattered" the heart of his widow into "a million pieces".

The Van Halen frontman, 65, lost his battle with throat cancer on Tuesday, and after a night of mourning, his second wife, Janie Liszewski, took to Instagram to pour out her grief in an emotional tribute.

Alongside an old photo of the couple's feet in the sand at a beach, Janie began: "My husband, my love, my Peep. My heart and soul have been shattered into a million pieces. I never knew it was possible to cry so many tears or feel such incredible sadness."

She continued: "Our journey together has not always been an easy one but in the end and always we have a connection and love that will always be."

Sharing that: "Saying goodbye is the hardest thing I have ever had to do," Janie went on: "so instead I say so long, I will see you again soon in a place with no pain or sorrow." 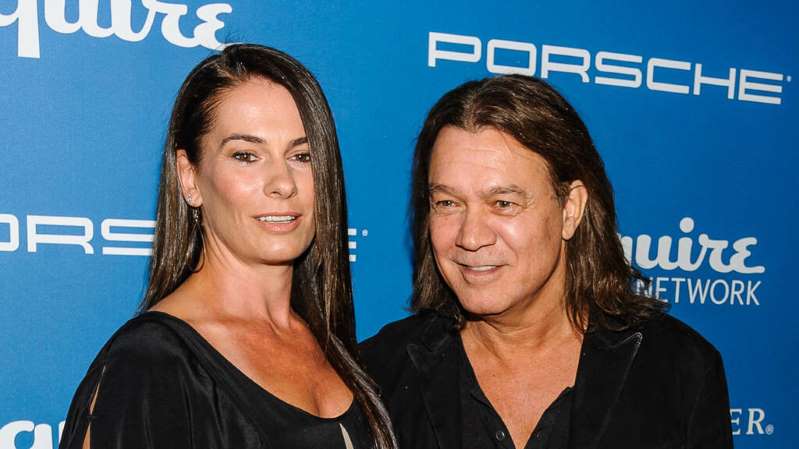 She then asked Eddie to watch over the couple's dog Kody and herself, adding: "We love you and miss you so very much."

Using her nickname from the guitar great, she signed the note: "Love, your PooPee," and ended with a string of red heart emojis.

Eddie wed Janie at his California estate in 2009, when the musician's son Wolfgang, from his first marriage to actress Valerie Bertinelli, served as his best man.

Janie's tribute emerged hours after Wolfgang broke the news of his father's passing with his own dedicated Instagram post on Tuesday afternoon.

Bertinelli, who split from the rocker in 2002 after 21 years of marriage and officially divorced him in 2007, later shared a few words in Van Halen's memory as she uploaded an old photo of the former couple with a baby Wolfgang.

It was captioned: "40 years ago my life changed forever when I met you. You gave me the one true light in my life, our son, Wolfgang."

She mourned: "Through all your challenging treatments for lung cancer, you kept your gorgeous spirit and that impish grin. I'm so grateful Wolfie and I were able to hold you in your last moments. I will see you in our next life my love."

We have 23 guests and 2 members online