A new study has unearthed the remains of a man buried 2,500 years ago in northwest China along with an extremely rare armour. The armour was comprised of more than 5,000 leather scales and was so intricately crafted that its design looks like the overlapping scales of a fish.

The military garment resembled an apron-like waistcoat and could be worn quickly without the help of another person.

Study lead researcher Patrick Wertmann, from the Institute of Asian and Oriental Studies of the University of Zurich, described it as "a light, highly efficient one-size-fits-all defensive garment for soldiers of a mass army."

The researchers have described it as one of the earliest examples of bionic technology- where the creators take inspiration from nature for human technology.

According to study co-researcher Mayke Wagner, the scientific director of the Eurasia Department of the German Archaeological Institute and head of its Beijing office, the fish like overlapping leather scales "strengthen the human skin for better defence against blow, stab and shot."

The armour was discovered in the Yanghai cemetery site, Turfan is likely from from between 786-543 cal BCE.

The study says that the garment was " originally made of about 5444 smaller scales and 140 larger scales, which, together with leather laces and lining, had a total weight of ca. 4-5 kg."

Speaking to Live Science, Wagner said that he was surprised to find the armour. 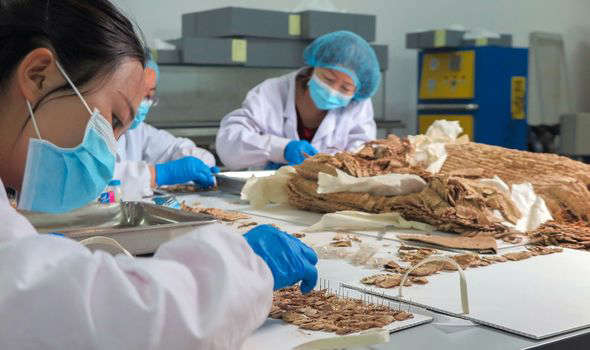 He said:"At first glance, the dusty bundle of leather pieces [in the burial] ... did not arouse much attention among the archaeologists.

"After all, the finds of ancient leather objects are quite common in the extremely dry climate of the Tarim Basin."

The scales were likely made from cow rawhide, which were then arranged in horizontal rows and connected by leather laces passing through the incisions. 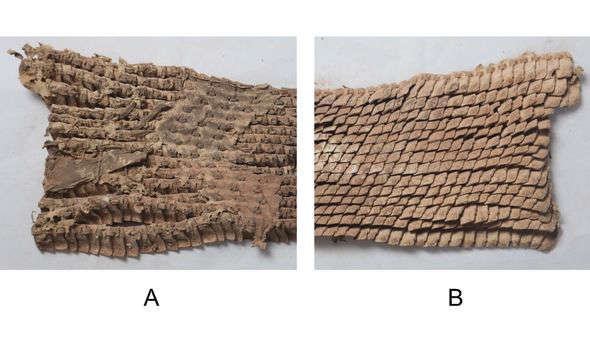 The researchers compared the garment to a similar of unknown origin in the Metropolitan Museum of Art New York (MET), with finds and depictions from the Near East, the adjacent northern steppe areas and the territory of China.

According to the study: "The stylistic similarities but constructional differences suggest that the two armours were intended as outfits for distinct units of the same army, i.e. light cavalry and heavy infantry, respectively.

"As such a high level of standardization of military equipment during the 7th century BCE is only known for the Neo-Assyrian military forces, we suggest that the place of manufacture of both armours was the Neo-Assyrian Empire.

"If this supposition is correct, then the Yanghai armour is one of the rare actual proofs of West-East technology transfer across the Eurasian continent during the first half of the first millennium BCE, when social and economic transformation enhanced."

We have 139 guests and 2 members online