The Gohonzon Diagram
On the diagram of the Gohonzon number 22 represents the Naga Girl or then Dragon King Daughter. If the daughter is a Naga then the Dragon king Number 21 is a Naga. Numb er 21 on the Gohonzon Represents Fudo Myo Who is the Wisdom King Immovable. number * Represents Shakymuni Buddha who was also Naga. There is Dai Bishamon Tenno who is known as the " Black Warrior" written on the Gohonzon. There are a total of six people who are Black on the Gohonzon. Nichiren Daishonin was not prejudice in regards to African American people. In fact Nichiren Daishonin says that he came from a " Chandala Family." The Chandala family were the Black people of India who were abused.

We make this point clear I am a Nichiren Buddhist . While I practice the teachings of Nichiren Daishonin's Buddhism what I see going down from the Japanese teachers of Buddhism in America is wrong. That is why Ieft the Japanese sects and organized the "Proud Black Buddhist World Association. There is no reason why Japanese should be so arrogant when you look at Buddhism from the standpoint of history. Nichiren Buddhism has been around for over 750 years. The Priest in Ethiopia have been around for over 3000 years. In Ethiopia they have the longest dynasty of Kings an d queens in the world. You may ask me what does this have to do with Buddhism? Let me tell you. The Ethiopian priest speak a language called " GEEZE."

Geeze has been around nearly 4000 years. The ancient Ethiopians once ruled all of India. The Ethiopians brought this language to them. The Brahmins or the White Priest learned this Ancient language of Sanskrit from these Black Ethiopians. When you speak of Buddhist and "Sanskrit" you know that it came from the language of the Blacks spoken by the Ethiopian priest spoken today. One side note: my wife is Ethiopian and she can speak " Geeze." 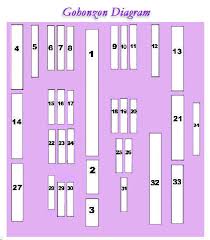 When you study Buddhist history in India the Buddhists were not like the Japanese. The Japanese Buddhist teachers in America are a lot like the racist Brahmins of India, they have a funky attitude. The reason why Buddha is a Negro, at least in the very old icons, I trust I shall be able to explain in a satisfactory manner hereafter. The Brahmins form a species of corporation, a sacerdotal aristocracy, possessing great privileges; but the Buddhists have a regular hierarchy; they form a state within a state, or a spiritual monarchy at the side of a temporal one. "They have their cloisters, their monastic life, and a religious rule.

Their monks form a priesthood numerous and powerful, and they place their first great founder at their head as the sacred depositary of their faith, which is transmitted by the spiritual prince, who is supported by the contributions of the faithful, from generation to generation, similar to that of the Lamas of Thibet." M. Creuzer might have said, not similar to, but identical with the Lama himself; who, like the Pope of Rome, is God on Earth, at the head of all, a title which the latter formerly assumed. Indeed the close similarity between the two is quite wonderful to those who do not understand it.


The monks and nuns of the Buddhists, here noticed by M. Creuzer, take the three cardinal vows of poverty, chastity, and obedience,-the same as the monks and nuns of the European Christians. This singular fact at once proves the identity of the orders in the two communities, and that they must have had a common origin. I know not any circumstance of consequence in their economy in which they differ." The Greek Historian Philostratus report in his work about Buddhist scholars and Priest in Nubia and Egypt called Gymnosophist. This puts Buddhism in Africa just around the time the Persians invaded Egypt. Dr. Clyde Winters point out clear cut evidence that the Buddhism was practiced in Sub-Saharan Africa 1000's of years ago. We people of African decent have a history of Buddhism.

We have 129 guests and one member online