The Zulu Queen, Mantfombi Dlamini-Zulu, who died unexpectedly last week, has been buried in a private ceremony in South Africa's KwaZulu-Natal province.

She was appointed regent of the country's largest ethnic group in March following the death of her husband King Goodwill Zwelithini.

The queen's death, at 65, has triggered a bitter family feud and a power struggle over the succession.

The family has dismissed rumours that she had been poisoned.

But the cause of the queen's death is yet to be announced by the royal family.

Her eldest son Prince Misizulu, who is seen as the favourite to become the next king, has called for unity in a speech.

"We have no doubt we will unite as a family. Let us emulate the king by being peaceful and continue to love all the queens," TimesLives quotes him as saying at his mother's memorial.

He also reflected on her qualities, adding "she was my strength, she was an extraordinary mother. She taught us love, respect and the value of hard work, the importance of honouring tradition". 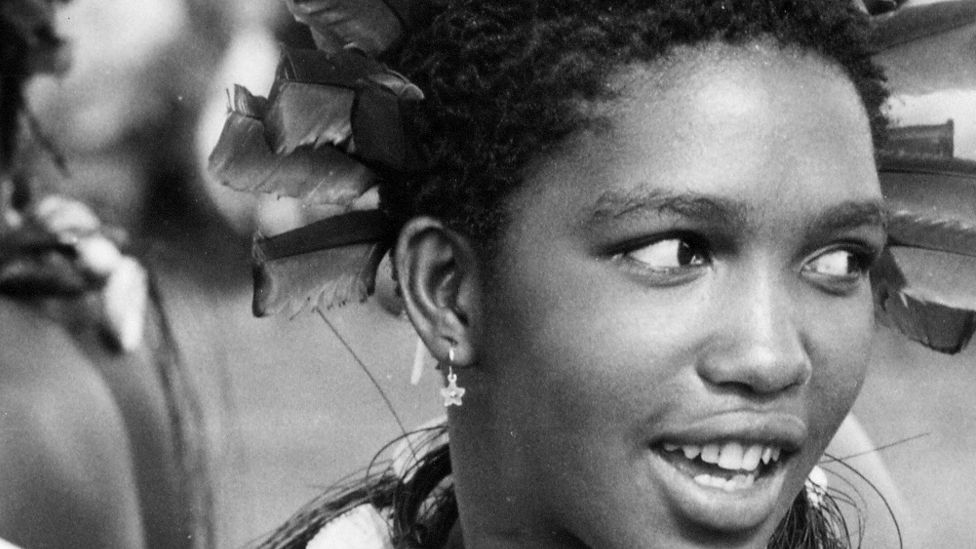 The decision on who will now lead the Zulu nation of about 11 million people is yet to be made.

The throne does not have formal political power and the monarch's role within broader South African society is largely ceremonial. But the Zulu monarchy remains hugely influential, and has a yearly taxpayer-funded budget of more than $4.9m (£3.5m).

Queen Dlamini-Zulu was buried at KwaKhangelamankengane Royal Palace in a town about 480km (300 miles) from South Africa's main city Johannesburg in the early hours of Friday morning after a night vigil.

The queen was the sister King Mswati III of neighbouring Eswatini and she was buried according to Swati royal culture, reports the BBC's Nomsa Maseko.

Her body was wrapped in a cow's hide by a delegation that was sent by King Mswati and the funeral was attended by family members from both the Zulu and Eswatini monarchies.

A state-funded memorial has followed at the palace, with the Zulu and Swati royal families in attendance, as well as former South Africa President Jacob Zuma, who has always celebrated his Zulu identity, and other politicians. 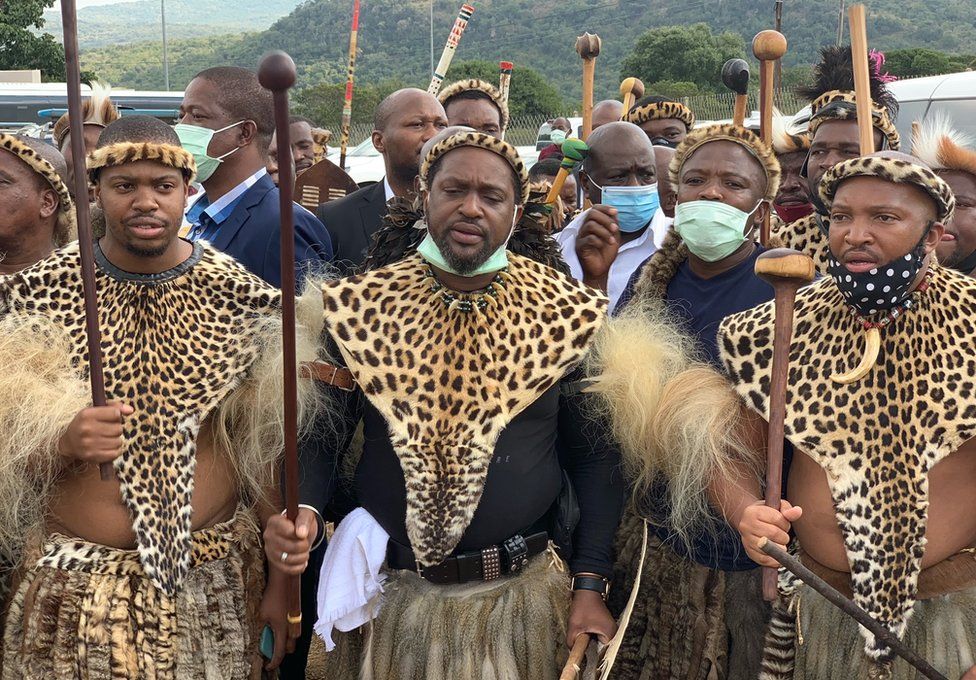 'A nostalgic and sombre mood'

Queen Mantfombi Dlamini-Zulu was laid to rest in the thick of dawn at the royal palace.

Later, hundreds of people gathered for the memorial, including ordinary members of the public and Zulu maidens whom the late queen was in charge of.

There was a nostalgic but sombre mood as mourners spoke fondly about her.

Prince Misizulu is seen as the favourite to be the next king. Significantly, he was flanked by ibutho, a Zulu regiment, in a show of force. This suggests they support him to take over from his late father.

Zulu princesses in attendance were draped in leopard hides, mostly over their shoulders. Princes wore leopard-skin tabards as well as "umqhele" - a headband also made from leopard hide.

The royal delegation from Eswatini was also wearing their traditional attire.

Queen Dlamini-Zulu was named regent by her late husband, King Zwelithini, who died from diabetes-related complications at the age of 72 on 12 March.

The longest-reigning Zulu monarch, King Zwelithini had six wives and at least 26 children. But he picked Queen Dlamini-Zulu as his successor because she was the only wife with royal blood.

Queen Dlamini-Zulu had eight children - including five sons - with the late king and one of them, Prince Misizulu, is seen as the favourite to become the next king.

A legal challenge has been launched by some members of the royal family who have questioned the authenticity of the king's will.

Over the next few weeks the royal family is expected to meet and then name a new leader.

We have 303 guests and 4 members online