His brother, the comedian, writer and producer Larry Wilmore, confirmed the news in a statement posted on Twitter.

“My sweet sweet brother, Marc Edward Wilmore, passed away last night while battling Covid and other conditions that have had him in pain for many years,” he wrote. “My brother was the kindest, gentlest, funniest, lion of an angel I’ve ever known. I love you little brother.” 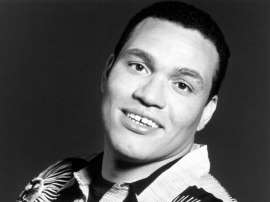 Wilmore joined The Simpsons’ writing staff in 2002 for the show’s 13th season. He continued to work on the series until 2015.

In 2008, he won an Emmy for outstanding animated programme as a producer for the episode “Eternal Moonshine of the Simpson Mind”. He was nominated for 10 Emmys over the course of his career.

Wilmore’s other writing credits included the shows In Living Color, The PJs and F Is For Family.

He has been remembered by his fellow Simpsons writer Michael Price, who tweeted: “Another giant talent taken too soon.

“I had the privilege to work alongside Marc Wilmore on 3 shows (PJs, Simpsons, FIFF) for the better part of the last 23 years and he was THE funniest person in every room. And a wonderful man. He is irreplaceable. Rest In Peace, my friend.”

We have 83 guests and 4 members online