Jaccqueline Jossa has shared her heartache as she revealed her grandad has died.

Former EastEnders actress Jacqueline, 28, shared a photo of herself with her beloved grandfather to announce the news on Instagram.

Jacqueline’s image shows her smiling while stood next to her grandad, who has his arm around her while he, too, smiles at the camera.She then penned a tribute as she wrote to her 3.1million followers on Wednesday 14 March: “rest in peace grandad.”

Jacqueline added: “Find yourself a stage in heaven and sing your heart out. I will find one and do the same. For you”, before ending the caption with a broken heart emoji.

The sad news was met with supportive messages from fans and celebrity friends in the comments.

Meanwhile, one fan wrote: “Thinking of you and your family at this difficult time”.

Another added: “I'm so sorry for your loss.” And a third echoed with: “Sending all the love” alongside a red heart emoji. 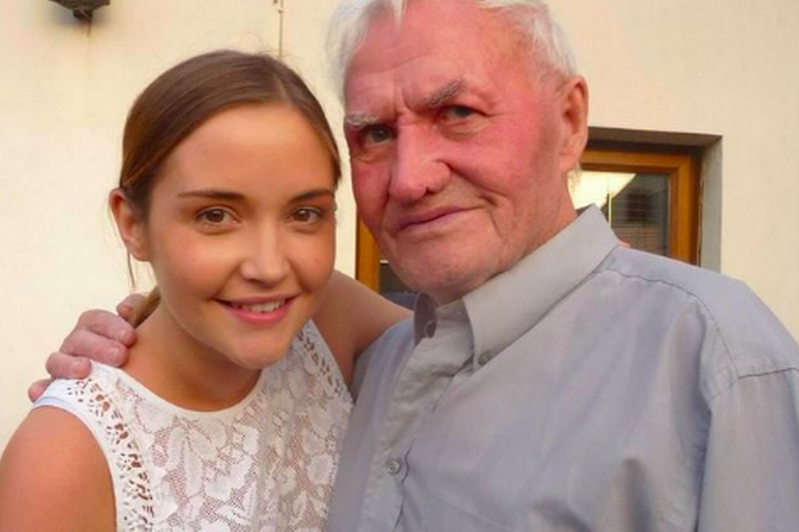 Meanwhile, Jacqueline, who's husband Dan has recently purchased a protection dog, also shared a post on her Instagram story from a relative, which included two throwback photos of Jac’s beloved grandfather.

One adorable photo was from the actress’ grandad’s younger years, while the second showed him in the same post sat on bench surrounded by two smiling women and Jacqueline.

She then posted a photo of a women’s football team and shared her pride over her cousin in the wake of their grandfather’s death.

Jacqueline wrote below the image: “What a hero. As my grandad took his last breath, my cousin played for Northern Ireland, granddads home, and won!

“What a special moment @ciarasherwood we are all so proud of you. You inspire me and my children.”

It comes after Jacqueline and husband Dan revealed they have bought a new forever home, which they are currently renovating, but were forced to change their move-in date for recently.

As she and husband Dan, 29, got stuck in with the renovations and painted their fences, the actress confessed she felt stressed over the project.

She made the admission after telling her fans she wants a "catch up", she urged them to "ask me anything," to which one person responded: "How are you feeling about all the house renovations? Are you happy with how it's going?" followed by a heart eyes emoji and a celebration hands emoji.

Over this, she wrote: “I feel like it's the most stressed I've felt in a long time. It's so much going on all at once. A lot of ££ and a lot of things to go wrong.”

We have 78 guests and 2 members online