The title was bestowed on Philip more than 73 years ago when he married the Queen, the then-Princess Elizabeth. In keeping with royal tradition, Philip's eldest son Charles, 72, will take the title from his father, who died peacefully at Windsor Castle this morning. When he was given the title on his wedding day, Philip became the fourth royal to hold the dukedom.

It was created in 1726 when it was given to Prince Frederick, King George I's grandson.

It seemed like a natural title for Philip, given his strong ties to the Scottish capital.

His close association with Scotland began when he was enrolled in Gordonstoun boarding school in Moray where he became head boy.

He excelled at many sports and captained the cricket and hockey teams.

And when it came to water sports it was no different, as Philip undertook a voyage from Scotland to Norway alongside his classmates.

He also joined his peers in volunteering with the local coastguard to patrol the Moray coast.

His strong leadership skills and passion for the outdoors served as the foundation for the charity he would go on to found, the Duke of Edinburgh Awards scheme. 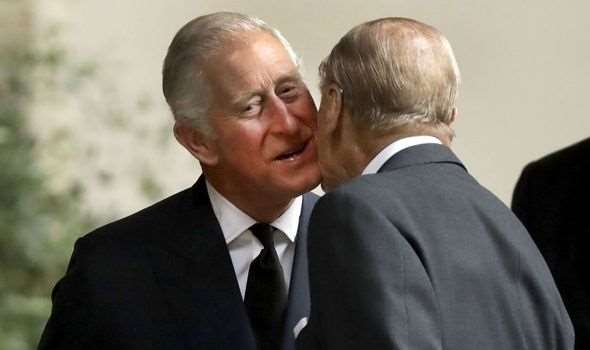 The programme has helped hundreds of thousands of youngsters across more than 144 countries.

The Duke of Edinburgh title will eventually be inherited by Prince Edward, 57, in line with a decision announced by Buckingham Palace in 1999.

The Earl of Wessex is already a trustee of the awards scheme his father founded in 1956.

On Charles' eventual accession to the throne, the title will merge with the crown.

This means that the new King will have the power to pass it on to his younger brother.

When Edward inherits the title his wife Sophie will become the Duchess of Edinburgh - a title once held by the Queen.

Prince Philip's passing comes just two months before what would have been his 100th birthday.

The details of his televised funeral are expected to be officially announced this weekend, with Buckingham Palace aides having to consider how it should be handled during the worst public health crisis for generations.

The Queen has final approval over the plans - codenamed Forth Bridge - and will be considering the amended arrangements.

The date has yet to be confirmed, but originally, the funeral was due to be staged eight days after Philip's death.

Flags are already flying at half-mast on UK Government buildings in tribute to the duke and will do so until the morning after his funeral.

A statement released by the palace read: "It is with deep sorrow that Her Majesty The Queen has announced the death of her beloved husband, His Royal Highness The Prince Philip, Duke of Edinburgh.

"His Royal Highness passed away peacefully this morning at Windsor Castle."

We have 36 guests and one member online