MEXICO CITY (Reuters) - Mexican scientist Mario Molina, who became his country's first winner of the Nobel Prize for Chemistry for his work on the threat to the ozone layer from chlorofluorocarbons (CFCs), died on Wednesday at the age of 77.

One of Mexico's most eminent scientists, Molina conducted some of his first experiments at a tender age in his childhood home before becoming a global authority on climate change.

Born in Mexico City, Molina was a graduate of the National Autonomous University of Mexico (UNAM) and took postgraduate degrees at universities in Germany and California. 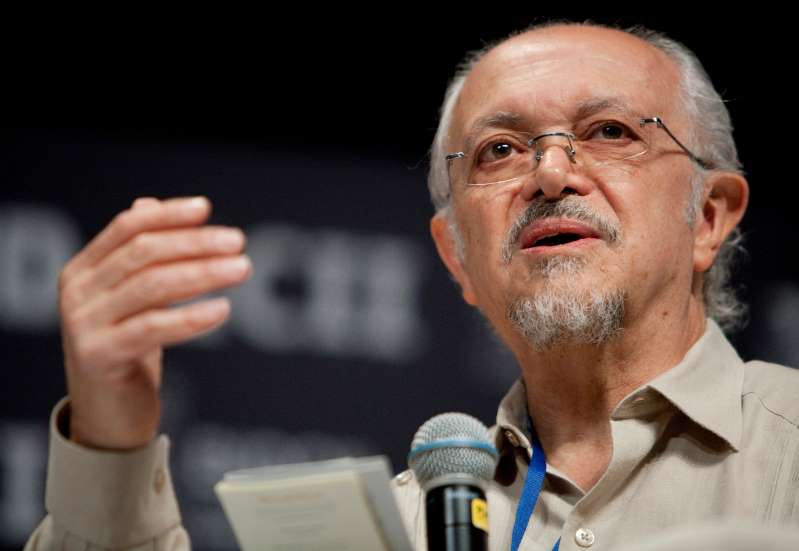 In 2008, he was appointed a scientific adviser to U.S. President Barack Obama and also advised authorities in the Mexican capital on their efforts to reduce smog and air pollution, a chronic problem in the metropolis.

When Molina was a small boy, his parents bought him a microscope. He recalled transforming one bathroom into a makeshift laboratory and was at the age of 10 already devouring biographies of Nobel laureates, such as Marie Curie.

In 1995, Molina, Frank Sherwood Rowland and Paul Crutzen were awarded the Nobel Prize for their work showing how CFCs used in spray cans were destroying the ozone layer.

Molina worked at the Scripps Institution of Oceanography at the University of California in San Diego (UCSD), a key center of learning on phenomena linked to climate change.

His commitment to fighting global warming set Molina at odds with Mexico's current government, which has pursued an energy agenda aimed at strengthening state energy firms whose business models depend heavily on the use of polluting fossil fuels.

In an interview with Reuters in July, Molina vigorously condemned that policy, saying his homeland was "going backwards to the last century - or the one before" on climate change, an assessment the government denies.

We have 64 guests and 6 members online