Cicely Tyson credited life as a vegetarian for her longterm health in her final interview conducted on the eve of her death.

The screen icon conducted a pre-taped virtual interview with the hosts of U.S. morning show Live with Kelly and Ryan on Wednesday, ahead of a planned Friday airing, and following her passing on Thursday, aged 96, producers decided to press ahead with the broadcast as planned to honour her memory.

In the chat, arranged to promote her newly-released memoir Just As I Am, Tyson discussed her childhood and her early years in Hollywood, remembering how she almost missed out on her Oscar-nominated role in 1972's Sounder. 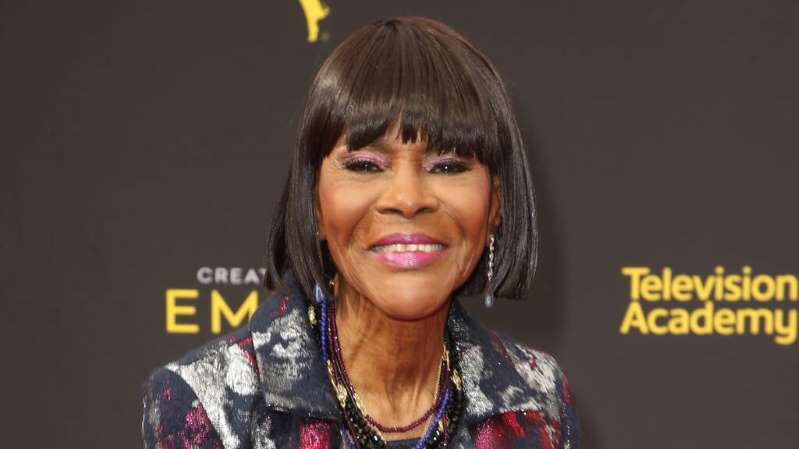 Casting directors initially offered the role of Rebecca to actress Gloria Foster, who ended up withdrawing from negotiations, and when Tyson heard the news, she told her manager Foster had turned the job down "because it doesn't belong to her".

Elsewhere in the interview, Tyson was asked about the key to staying healthy, and she noted she never drank alcohol, tried drugs, or smoked, instead choosing to follow a clean-living lifestyle after an historic turning point in 1968.

Revealing what sparked her decision to ditch meat from her diet, she said, "When Martin Luther King was assassinated, I was so stunned by that, that I became a vegetarian and I've been that most of my life."

Paying tribute to Tyson in a video message at the top of the show, co-host Kelly Ripa shared, "To say Cicely Tyson was an American legend would be too great an understatement.

"We were honoured to speak with her and devastated to learn of her passing. She was a trailblazer who broke barriers for black actresses and women everywhere. Cicely was a portrait of courage, dignity and grace. We feel very fortunate to share with you her last interview."

We have 46 guests and 2 members online